After a quick breakfast,

– during which I managed to get locked out of the dining room (does this kind of stuff just happen to me?) and had to do an “Ooh La La” farce type run (who am I kidding, more of a trot..) round to a side door – we set off for a leisurely stroll around historic Bremen.

If you are a regular reader of this jumble of words and photos you may remember that I visited Bremen last October. It was great to share it with No 1 Daughter.

The town square now in daylight.

St Peter’s Cathedral, and that statue

Which this time I had ‘a child’ to photograph stroking the donkey’s nose.

Re-tracing my October footsteps I led No 1 Daughter to the Lilliputian streets of Schnoor. Thankfully she loved it as much as I had. Hard not to.

What I hadn’t noticed before was how many tea shops there are in Bremen. It would have been wrong not to stop for a cuppa and … hallelujah… vegan apple cake. 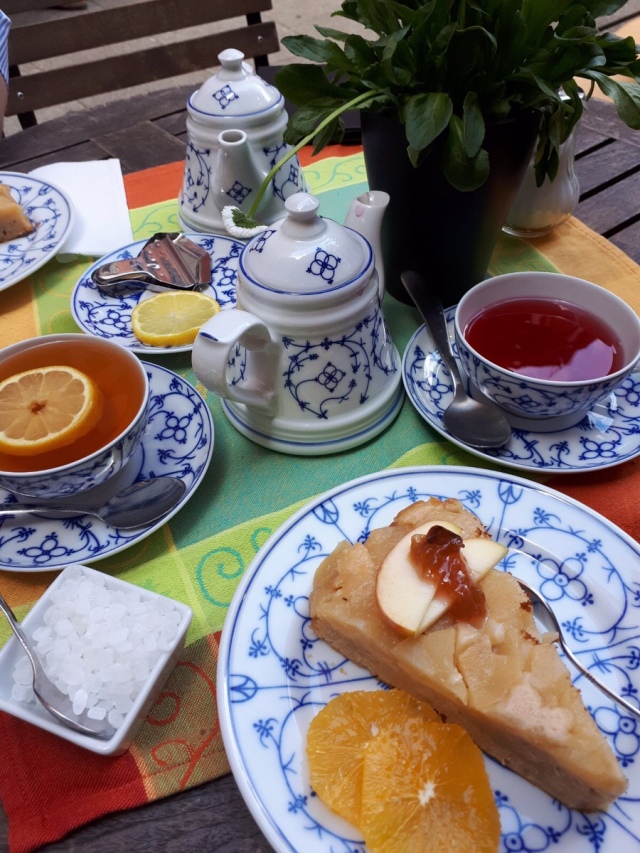 I know visiting Schnoor is like taking a step back in time but who is this dude behind me? As more folk in traditional medieval costume appeared the mystery was solved. This is the door to Schnoor Museum and these are the work clothes. Fabulous.

Schnoor was the perfect place for last stop shopping after which we headed off to the amazing Ratskeller which has been serving wine since 1405!

Situated in the undercroft of Bremen Town Hall the Ratskeller was the council wine cellar – now I have worked in local government for a number of years but have yet to locate a wine cellar under County Offices Kendal!

The Ratskeller is also a traditional tavern which also houses a restaurant. It holds huge ornate wine barrels 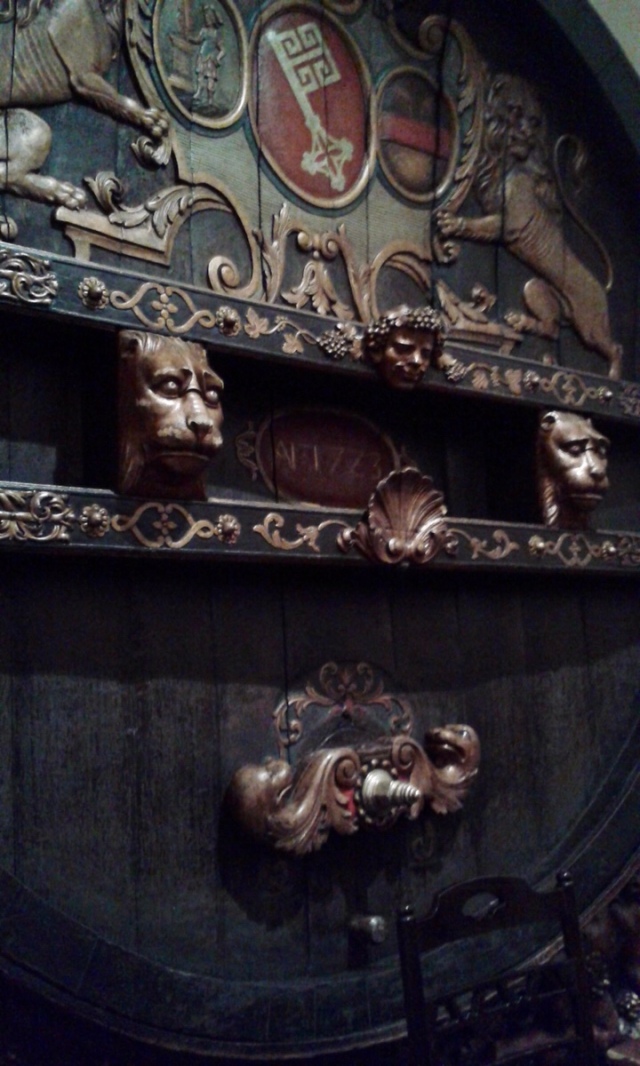 And the vaults stretch a distance underground.

There are also ‘cabins’ along one wall which have doors that can be closed for added privacy ….

You can just about see the cabins behind me and my soup…oh how I had missed German soups.

It was a lovely touristy way to end our day in Bremen.

Until next we meet