I have said it. The ‘C’ word. I am sure for the crafty community the ‘C’ word has been a big part of their endeavours for some time now.

I have made a couple of things for my granddaughters and one project (which is enormous) has been benched until next year. My Christmas 2021 crafting seemed finished. Happily I had something waiting in the wings.

Last year I spent much of the run up to Christmas making the Clothkits quilted jackets for Peanut and Munchkin. I had no time to use the bundle of pre-printed fabrics that had been given to me by friend JG.

This year because of the aforementioned ‘benching’ I found myself with a window to complete a Yuletide project that got left behind last year.

Amongst the festive pre-printed fabrics donated by JG was one that looked like it had the makings of a large door garland. It was already cut out and ready to go.

All that was left to do was:

If you are ever confronted by such a design remember do not sew up any part of the middle circle – I mean what idiot would do that … – as you won’t be able to turn it out to the right side.

Those tailors’ hams certainly proved invaluable for this one.

I added a ribbon tab as I was planning to hang it on my front door.

Stuff it and stitch up the middle hole.

At that point I discovered – having already used copious amounts of stuffing – when hung up the would-be garland pulled on the panel at the top! It looked rather saggy (know how it feels). Not wanting to use even more stuffing it was time for a re-think.

Despite the fact that the Giant Christmas Doughnut reminds me of the type of cushion you might want to sit on after a painful piles operation it appears to be destined to be an addition to my sofa during the festive period. That seems a bit of a waste. Have you dear readers any better ideas?

Looking at it now I am wondering if I took out one panel it could become one of those horseshoe cushions you wear around your neck on long journeys. Now there’s a thought. What a way to travel to Yorkshire this Christmas! Whether my son and daughter share the same view when they ferry me too and fro – there being very little public transport – is another thing …

For their sakes I hope you come up with something better!

We have left out a little tipple and snack for Santa to enjoy (the extra mince pie is for Mother Claus) and a carrot with some special food for those hard working reindeer.

Peanut is tucked up in bed. Presents are wrapped and under the tree. All the grown ups are settled with mugs of hot chocolate. Peace reigns. While we have a quiet moment I just wanted to say: whatever your faith or belief (or lack of) love and festive greetings from Casa Moke. I hope the year to come brings you peace, health and happiness.

Until next we meet

Hello All and a very Merry Christmas to you

The pressies are open so here are a few of the makes I couldn’t reveal before Yuletide: 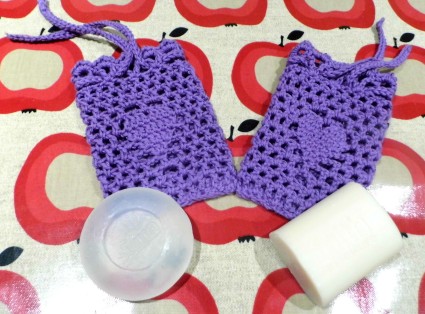 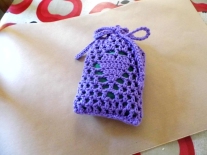 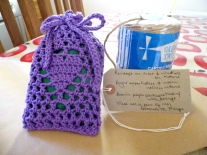 This year No 1 Daughter had booked us all into a cottage near Cartmel for Christmas. It was lovely. Everything a cottage should be, with interesting nooks and crannies, 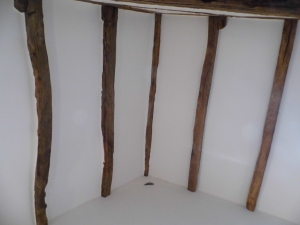 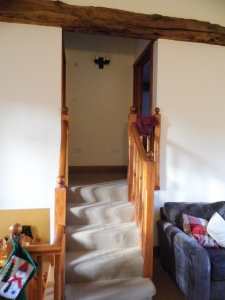 and a welcoming kitchen. 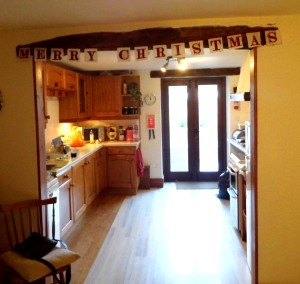 It was comfortable and charming. Perfect for a relaxed family holiday.

No 1 Daughter and Son together with No1 Daughter’s boyfriend had settled in and sorted out the decorations and food before I arrived. What a treat to sit together for scrumptious meals. No 1 Daughter’s season chalet hosting a couple of years ago certainly paid off!

We had a wonderful time and with no WiFi nor mobile phone reception – YIPPEEEEEEE!!!!!! – mastered the hilarious art of charades and (almost) got to grips with the complexities of dominos.

Our dogs also had a superb holiday. Looking for their presents,

and enjoying the sort of mischief that only two small dogs can get up to. No 1 Daughter’s dog idolises my rather elderly Cavalier, James, so they were always together …. James adopting a Yoda like mentoring role … treats under the tree find you will …. 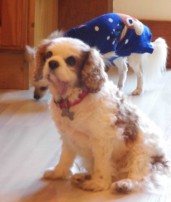 He is a wise old boy and after all that food…. James magnificently sums up how I feel. 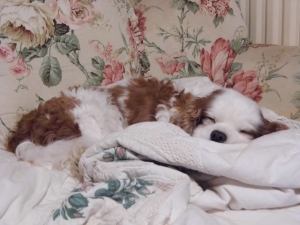 We have been very lucky. Our thoughts go out to those for whom Christmas is not a happy time.

Oxenholme Station put on it’s Glad Rags to cheer travellers on their way.

‘Tis the Season to… 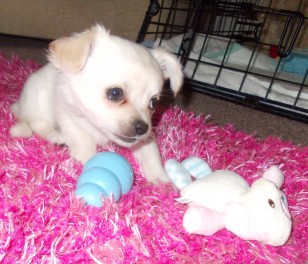 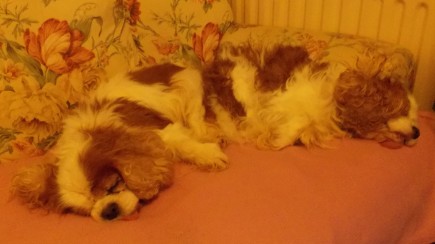 spend cosy time in with our doggie friends, especially those that had their 13th birthday on Christmas Eve!

‘Tis the Season to… 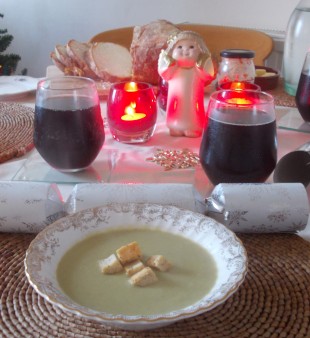 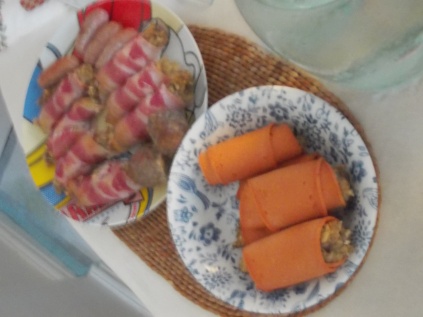 be with family and enjoy a wonderful Christmas lunch this year beautifully made by No.1 daughter and gratefully eaten by moi and No.1 son. It was delicious.

‘Tis the Season to … 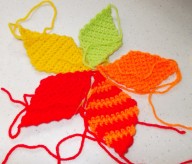 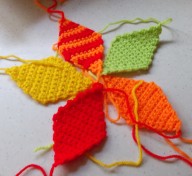 make a small gift for a special little girl, 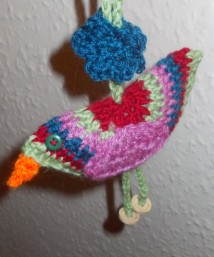 create a couple more Forfar Birdies for two friends with birthdays, and

felt a small green (ermmm in the early morning light I confess I thought it was grey…) ‘thank you’ penguin.

But most importantly of all, ’tis the season to tell my family and friends that I love them dearly and wish them the best of all New Years.