The sun continues to shine, moors and heaths burn and reservoirs run dry. Welcome to the new California! Thankfully the Women of Cumbria are going nowhere. They are a sturdy bunch – hot? phah! – so the march of the modern women (me and JG) continues … even if I am sweating …. sorry …. glowing like a Gloucester Old Spot (oink!).

Hopping on the 555 Stagecoach Bus from Kendal – choosing seats on the shady side of the top deck – we set off. What a corker of a day. We visited two museums and ‘met’ a host of incredible women.

Settle in a comfy spot with a pot of your favourite brew – I am now mainlining green tea – a lengthy post lies ahead of you. And there is another to follow. No rest for the wicked.

Described in my trusty copy of Hyde and Pevsner as sitting in a ” Pastoral, Samuel Palmerish setting under the beetling fells…” Grasmere deserves its enduring popularity with visitors. Amongst those visitors were the Wordsworths, sister and brother Dorothy and William. Our day kicked off with a visit to their one-time home, Dove Cottage. 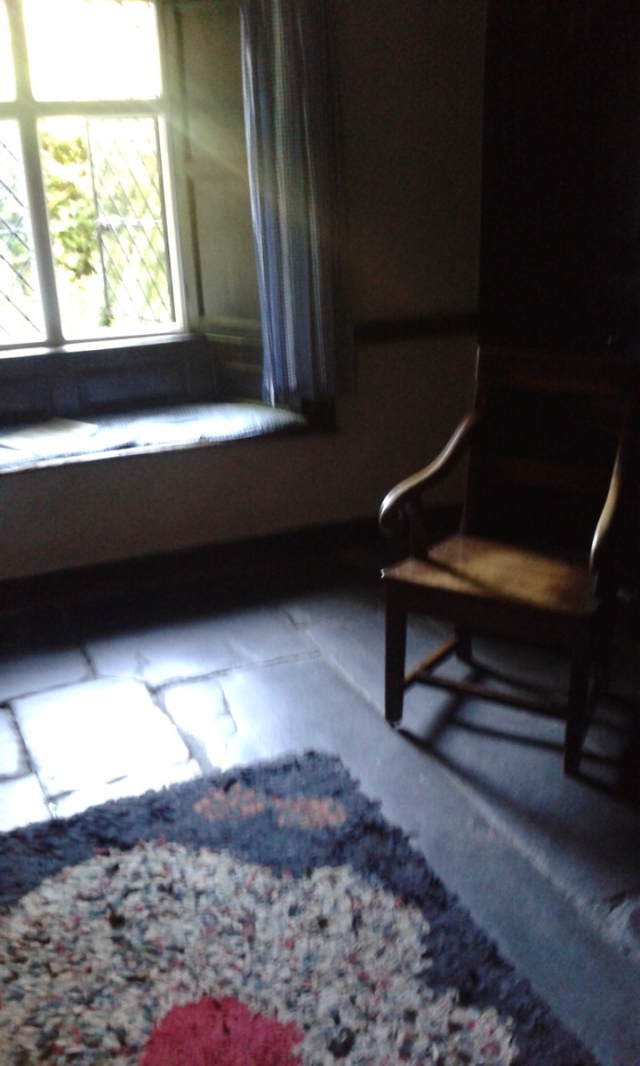 Got to love the quirky terrier. What a rascal he looks.

On this hot day the cool of the homely kitchen and buttery was welcomingly refreshing.

Dove Cottage a place of “plain living and high thinking” saw Dorothy and her brother William at their most productive (1799 to 1808). However the cottage was soon crowded by William and his wife Mary’s growing family together with the coterie of the great (and often stoned) literati of their day it was no surprise that Dorothy moved to one of the smallest and coldest rooms she probably needed the peace and a good (if nippy) night’s sleep.

Up to fifteen people sometimes slept at the Wordsworth’s. Snug to say the least.

How inviting the garden would have looked. No wonder William treasured the time he spent at the top of the garden overlooking the house and fells from his moss clad retreat. 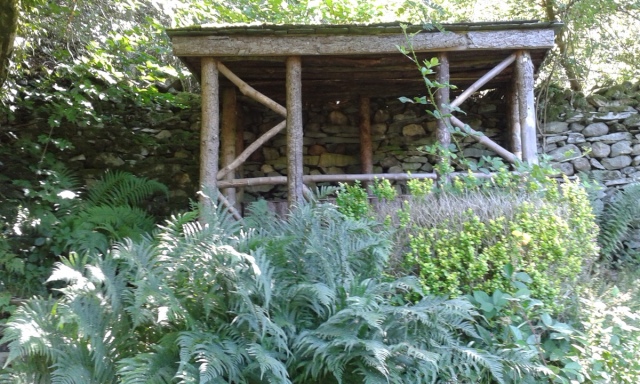 It seems that daffodils were not the only flowers on his mind.

No gardening pun intended but if I seem to have wandered from the Women of Cumbria path here I come tripping (almost literally those olden days folk had smaller feet than mine and their steps were not designed for clodhoppers like me) back onto it.

Dorothy was a wonderful writer and much ‘borrowed’ by her famous brother. William was influenced by her detailed descriptions of nature. Her “Grasmere Journal” probably inspired “Daffodils” together with William’s acclaimed guide to the Lake District.

Next door to Dove Cottage is the Wordsworth Museum and another woman who could easily have slipped under the shadow of a famous man. Can you guess who she might be?

Couldn’t get JG to pose. Can’t think why?! You of course guessed our visit was to learn about Mary Shelley in the latest exhibition in the museum’s Women Behind the Words series:

Mary Shelley (born in 1797) was a woman of many talents: a novelist, short story writer, dramatist, essayist, biographer and travel writer. It fair puts you to shame. “Frankenstein: or The Modern Prometheus” was born out of a stormy night’s challenge amongst friends when she was 19 years old (nineteen!!). Her other works include “The Last Man” set in the future of…the 21st century! Don’t want to worry you but we are all doomed.

Curated by Fiona Sampson to coincide with the publication of her book “In Search of Mary Shelley” the exhibition reveals an intelligent and radical woman. Mary’s life was beset by tragedy, the drowning of her husband Percy Bysshe Shelley and the deaths of three of her children, yet she devoted herself to looking after her only surviving child and her career as a professional writer. No mean feat for any woman in the 19th century. It is good to fly the flag for her, Dorothy Wordsworth and the other Women Behind the Words. 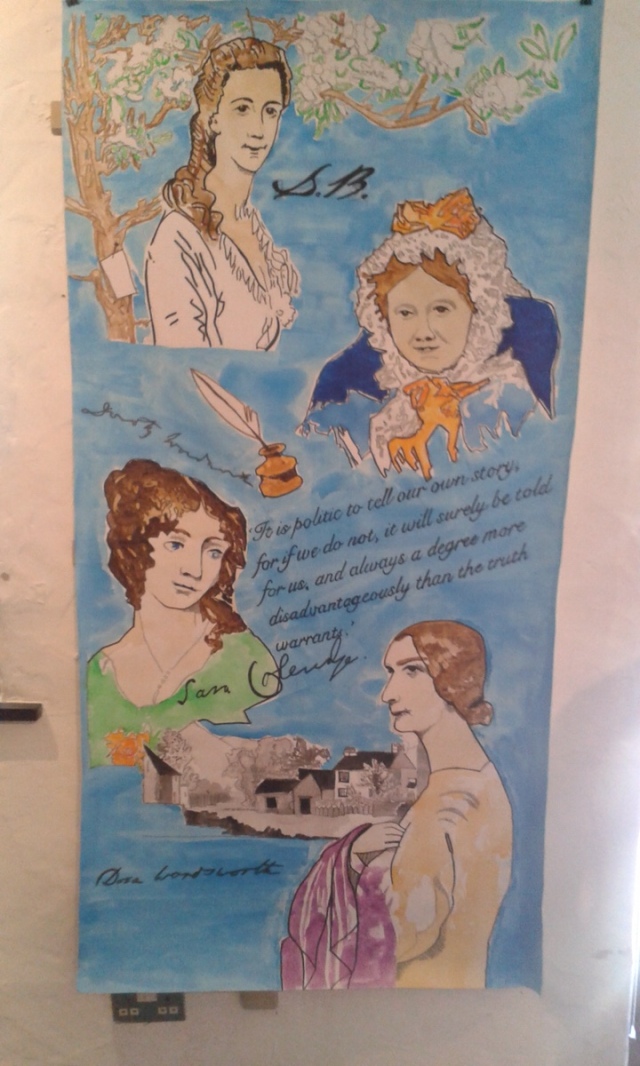 There’s a whole bunch of fabulous women to come…watch this space.