Having finished the needle-felting trial of several plant fibres I now risk losing my newly acquired vegan credentials. I have a confession. I have been needle-felting in wool!

Lucky Omi that I am I have a wonderful Anna Lewis (‘Sketchy Muma’) print given to me by No 1 Daughter shortly after she had Peanut. The clever drawing says it all about being a daughter who has just become a mother.

I treasure this sketch but felt I had done it a disservice by popping it in a plain black frame. It sort of vanished into the wall.

With a reserve of colourful wool tops I decided that I could not waste the wool I still have. It seemed sacrilege to me. What happier project could I use it for than to cheer up the frame and bring to life Sketchy Muma’s cartoon?

I set about needle-felting a few of my favourite little ‘liquorice all-sorts’ flowers. 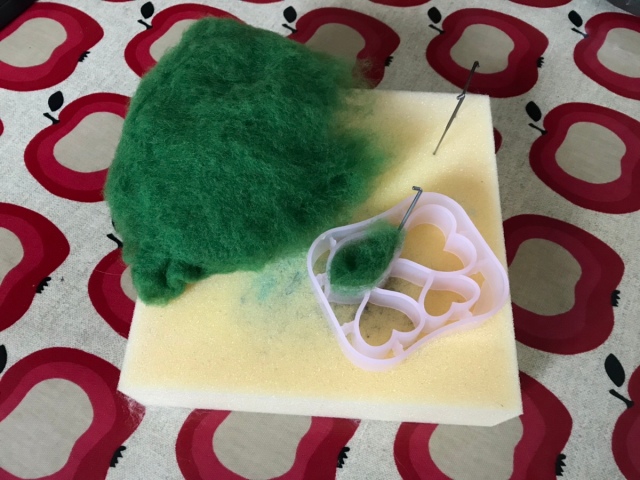 With a small bouquet prepared it was time. Time to unleash – Kendal Cousins do not get too excited – the glue gun! 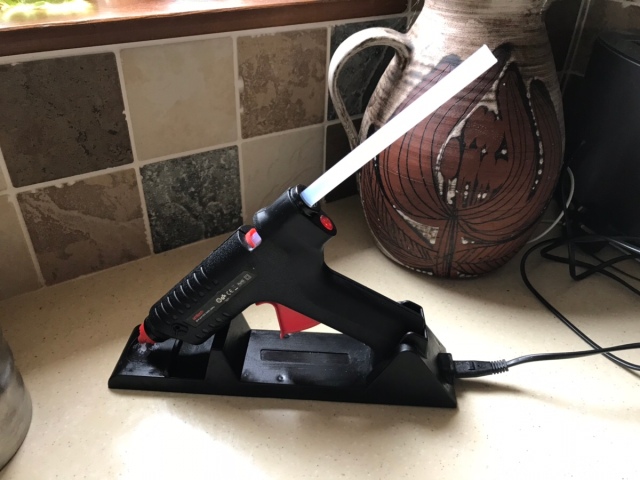 And there you have it (with only a few superficial burns) a suitably decorated frame with it’s prized contents back on the wall.

Anna gave me permission to reproduce her work for this post, in case you were worrying. Thank you Anna, I absolutely love the picture and your illustrations. It’s just a shame I haven’t mastered the art of photographing reflective surfaces!

While I have taken a short detour from the vegan crafter path my favourite magazine ‘Cumbria Life’ (no, they don’t pay me to say this) reminded me of the virtues of animal friendly crafting. 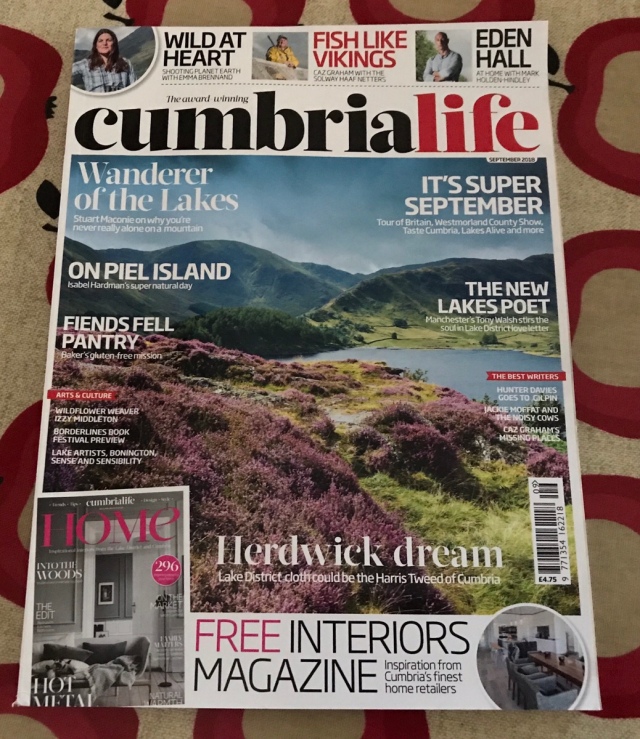 In June you may remember me mentioning Izzy Middleton who was exhibiting at this year’s Woolfest. Well blow me over who is that on p143? The Wildflower Weaver herself in a beautifully photographed and written article describing her life and her craft. There is even a snippet on dew retting nettles and creating fibre from this everyday plant. I really must get along to Farfield Mill in Sedbergh to see her workshop. Perhaps buy some of her hand-spun nettle yarn…..

That’s a tale for another day.